Design a site like this with WordPress.com
Get started
Skip to content
Christopher O'Connor Australia, Bad 24th September 2018 3 Minutes

The rate of suicide among current serving Australian defence force members is much lower than the general population, but higher for those who have left the force, particularly if under 30 years of age.

The National Mental Health Commission says the reason for this phenomenon needs to be better understood, requiring further investigation. 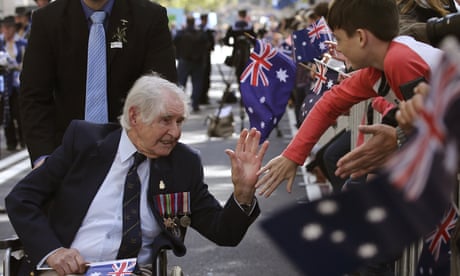 It says the Australian Defence Force (ADF) must improve the preparation it gives personnel for life beyond the ADF, and then provide support services from the moment of discharge for the duration of post-service life.

The final report of the Commission’s review of the suicide and self-harm prevention services available to serving and ex-serving ADF members and their families was released on Thursday.

It relied on interviews with more than 3,200 serving and ex-serving ADF members, family members, and experts. It found current and former ADF personnel could access a range of suicide services, and a survey conducted for the review found 80% of current ADF members described their experience of those services as fair, good, very good or excellent.

But it heard a range of poor experiences of services, and feelings of cynicism, distrust, frustration, abandonment and loss, with many ADF members unaware that services existed, and barriers preventing some from accessing services.

According to the Australian Institute of Health and Welfare, the suicide rate among current serving ADF members is much lower than the general population.

When adjusting for age, when compared with all Australian men, it says the suicide rate is 53% lower for men serving in the ADF full time – a statistically significant difference. 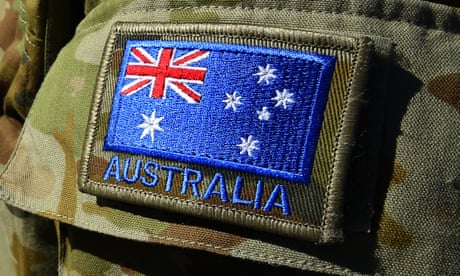 But the suicide rate is 13% higher for men who have left the force. 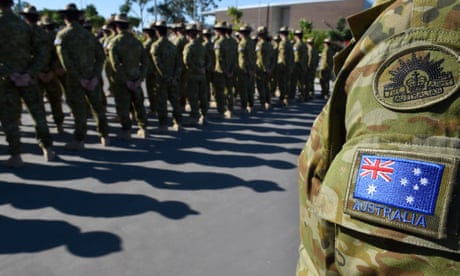 But it says more needs to be done to ensure suicide and self-harm is prevented among current and former ADF personnel.

Peggy Brown, chief executive of the National Mental Health Commission, said barriers still existed that prevented some ADF members from accessing suicide services, including stigma attached to mental health issues, the culture within the ADF, and the perception that seeking mental health treatment could have a negative impact on career progression.

“I guess what’s interesting about this is that, if that’s the reason why people are deferring seeking help then it’s more likely that their mental health state will actually deteriorate, and then it will actually impact on their career, rather than if they seek help early,” she said on Thursday.

Brown said the report identified no glaring gaps in services, but found the ADF and government ought to engage better with families.

The Commission has made 23 recommendations, including that the government specifically engage former members of the ADF aged 18–29 years, who have left the service in the last five years, and who could be at risk of suicide or self-harm.

It says further investigation is required to understand why ex-ADF members under 30 face a higher risk of suicide than the general population.

More support needs to be provided to families of current and former members, it says.

Regarding suicide rates among current and ex-personnel, he said initial figures showed there was no correlation between those who had served overseas and those who had committed suicide.

“As a matter of fact, it shows those who have stayed here, the incidence is slightly higher,” he said. “But we really need to do a lot more work in this area, and that’s why we really are now beginning to drill down [into new data].”

Statistics from the Australian Institute of Health and Welfare

A recent study found 292 certified suicide deaths among serving and ex-serving personnel between 2001 and 2014.

The total included 84 suicide deaths in the serving full-time population, 66 in the reserve population and 142 in the ex-serving population.

Nearly three in five suicide deaths among serving and ex-serving personnel were of people aged 18–34 (170 deaths, 58%).