Design a site like this with WordPress.com
Get started
Skip to content
Christopher O'Connor Australia 26th September 2018 3 Minutes 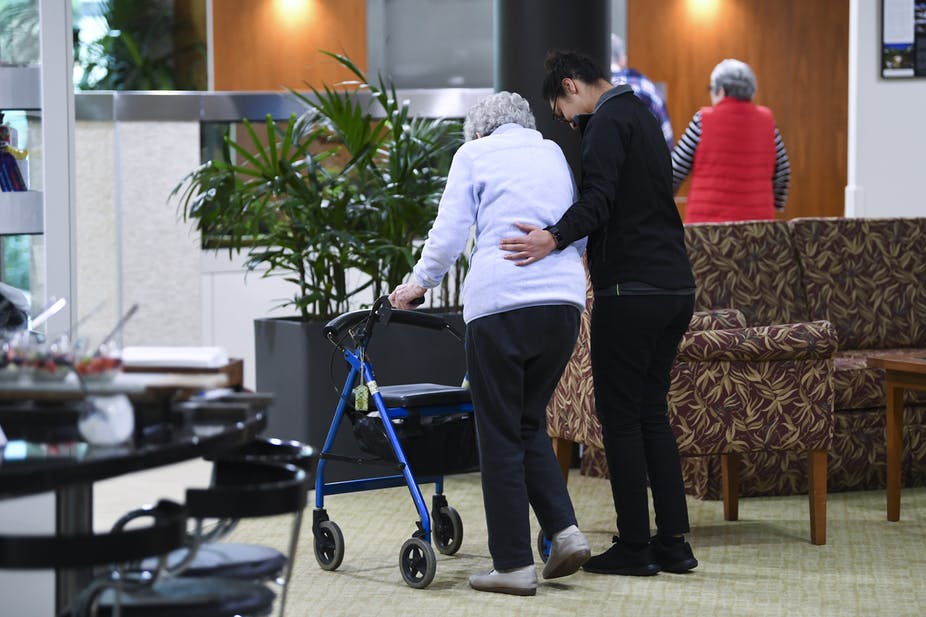 As the royal commission begins investigating the failures of the residential aged care sector, it is important such a review also considers the broader socio-political factors that have contributed to this crisis.

The commission needs to go beyond the institutional problems at individual aged care facilities, as these are a symptom of a much broader rejection of ageing in society and marginalisation of older people.

Negative stereotyping of older people is reinforced in the media, and this both informs and reflects societal attitudes. In Western society especially, we fear dependency, invisibility and dying. Aged care is a silo of these fears. And until it affects us personally, we ignore it.

How older people are marginalised in society

We have an expiry date in our society. This is not the date we die, but a time when our skills and knowledge are no longer considered to be valid or useful. Our value is largely determined by our economic contributions to society. But for many older people, this is difficult to demonstrate because they’re no longer in the workforce.

The economic impact of societal rejection of ageing is significant. Modelling by Price Waterhouse Cooper indicates that Australia’s gross domestic product would increase by almost 5% if people were supported to work longer. And data from the Australian Bureau of Statistics reveal that many Australians would like to retire later if they could.

Yet, there is evidence that older people are routinely denied work. In 2016, Age Discrimination Commissioner Susan Ryan said there was an urgent need to “tackle the discrimination that forces people out of work years before they want to leave”.

While older people should be supported to work longer if they wish, over half of Australians between the ages of 65 and 80 report a moderate or severe disability, resulting in greater dependency. A 2017 study of late-life dependency published in The Lancet found that, on average, older people will require 24-hour care for 1.3 to 1.9 years of their lives.

However, it is important that older people are not considered redundant in their societal role when dependency increases.

Older people were exposed to a revolving door of anonymous workers, significantly reducing opportunities for teamwork and fostering relationships between staff and residents. In one of the not-for-profit facilities, a single registered nurse was responsible for the care of 73 residents. This contributed to the delegation of an increasing range of tasks to unregistered personal care assistants with minimal training and delays in recognising signs of health deterioration among residents.

A reliance on general practitioners also increased the likelihood of hospital transfer. And hospital transfers can sometimes prove harmful, with previous studies showing that the noisy, fast-paced environment, bright lights and anonymous faces can have a negative impact on residents, particularly those with dementia.

Within the healthcare sector, aged care has the lowest status of all specialty areas amongst nurses and doctors. Recruiting appropriately qualified and skilled people to work in aged care is thus a constant challenge. Australia is expected to increasingly rely on imported labour to staff its aged care sector in the near future.

Ways to fix the system

Encouraging more healthcare professionals to enter the aged care sector will require a multi-pronged approach, starting with finding ways to engender more professional respect for those working in the field.

Greater emphasis also needs to be placed on improving the gerontological expertise of aged care workers. This can be strengthened by prioritising aged care in medical school education and recognising “nursing home” care as a specialist medical area. It is also imperative that personal care assistants receive greater recognition of their roles and duties.

Registration of personal care assistants as third-tier health care professionals is well overdue to ensure better oversight of their training and scope of their practice.

We also need to recognise the importance of human connection in residential aged care facilities. This requires strategies to build better relationships between residents and staff, and developing a formula for more accurate staffing allocations that reflect the real time commitments involved in aged care.

Who bears the ultimate responsibility?

It’s not enough to be shocked by the aged care scandals uncovered by the media and the decision to appoint a royal commission to investigate. We must also make older people, their contributions and end-of-life needs more visible. Increased funding and oversight will only come when we collectively say it’s important.

It is incumbent on us to ensure that residential aged care facilities do not operate as holding bays for the silenced, or wastelands for the discarded, where the occupants are expected to demand nothing and be as little cost to society as possible.

We have an opportunity to reconstruct the delivery of residential aged care. Let’s begin with the end in mind: a society that not only values older people, but values the resources required to provide the care they need and deserve.